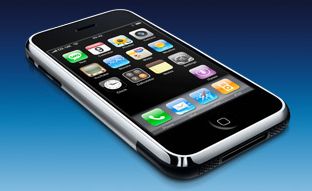 The lovely, shiny iPhone. Why would anyone want to do it any harm? Well, if you feel it’s nicked a bit of your technology without paying you what that’s worth, maybe you would take a pop at it. That’s certainly what Klausner Technologies believes…

The patent-holding company is asking iPhone creator Apple and mobile operator AT&T for $360m, because it reckons the device breaches its patent for a “visual voicemail” system.

Apple’s not the only one in the dock, though.

The New York-based firm claims that internet voicemail services run by the other companies named in the court filing also use its technology without licence.

So should the companies accused of patent breach be worried?

Well, Klausner does have a bit of previous here. In 2005 it sued AOL for $200m over its voice platform technology and in October 2007 it ended a similar case over Vonage’s Voicemail Plus service.

Both companies ended up settling the cases with Klausner and licensing its technology.

“We have litigated this patent successfully on two prior occasions, said Greg Dovel, counsel for Klausner Technologies at law firm Dovel & Luner.

"With the signing of each new licensee, we continue to receive further confirmation of the strength of our visual voicemail patents.”

Seems like Dovel and Klausner might be the first people outside Apple and its mobile partners to truly figure out how to make money from the iPhone.