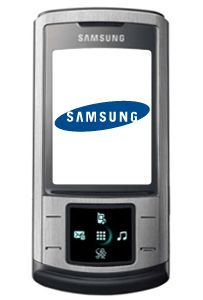 It pulled off a bit of a coup by hitting the headlines a few days before LG’s Secret phone. But is the Samsung Soul – AKA the Samsung SGH-U900 – any cop? We tested out the gorgeous-looking silver model that is exclusive to the Carphone Warehouse…

First impressions count and as you open the phone up the slider facility feels solid and well constructed. Our initial fear of sliders came from a very early model from a different manufacturer that always felt like it was about to snap in half – and then actually did! Thankfully, the Samsung Soul seems a lot more sturdy.

It’s also a touchscreen phone, but not as we know it Jim. A tiny touchscreen at the bottom of the main window allows you to navigate using virtual buttons. Unfortunately, they don’t work as well as dedicated real buttons would – they’re just not accurate enough and you’ll find yourself re-pressing a number of times to get the desired effect, or accidentally pressing the OK button in the middle. This did improve with a few days practice, but still happened enough after that to be a bit of a pain. At least Samsung’s system of giving your finger a little buzz lets you know when you have successfully made contact.

The psychological effects of having that tiny touchscreen are also pretty irksome. Once you’ve pressed something on it, you see choices on the main screen and try to do the same. Of course, the fact the main viewing space isn’t a touchscreen means you actually need to use the dedicated buttons to the left and right to make these choices – but again it takes your brain a while to be trained in not making this mistake over and over again.

At least fashionistas will be more pleased with the addition of the tiny touchscreen. The extra display space means its aesthetics come into play, such as when a swirling images goes across the main screen and over the tiny area below as well.

Our favourite feature on the SGH-U900 is the excellent camera. This five-megapixel snapper is fairly quick to grab that all important embarrassing shot (at the same time we had this on test, we were also playing with the HTC Touch Cruise, which was painfully slow in comparison). The little touchscreen almost came into its own here, showing useful options such as flash, timer and macro. However, these were infuriatingly hard to press and we eventually gave up and went back to the main buttons to choose options.

The handset also comes stuffed with some top titles to wile away those drab moments. Gamers get a choice of racing title Asphalt2, Bejewelled clone Paris Hilton’s Diamond Quest and Minigolf Las Vegas.

However, remove your Sim card and the Samsung Soul becomes an expensive paperweight. This is an odd thing to do in our books, especially when phones can do so much more than just make calls and the number of phones people own means the Sim may be swapped into another handset at some point. If you can make emergency calls, why not a few games of Minigolf until the service of your choice turns up?

Unfortunately, that’s where our test comes to an end. We’d have loved to tell you what the sync functions are like or the music player. Sadly, our review bundle contained only the phone and charger – no headphones or cables. If the Soul used a standard miniUSB connection that wouldn’t be a problem, but Samsung has opted for its own proprietary plug, so no joy.

Overall, the Samsung Soul has what it takes in the looks department to cut it against other fashion-friendly phones. It’s also very well built. But while the Useability is fine when it comes to the software, the tiny touchscreen may have you swearing up a storm.