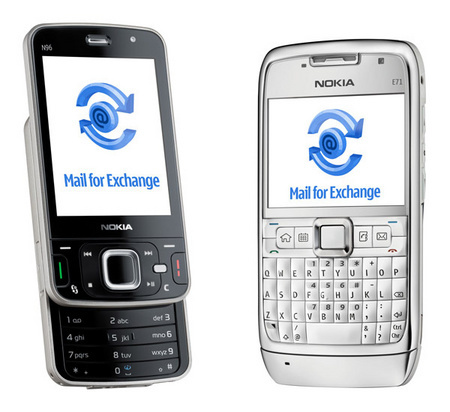 Nokia is about to make a lot of business people very happy. The company is bringing the mobile email functions of Microsoft Exchange ActiveSync to 80 million of its mobile devices.

How can it achieve such a figure? Well, the company reckons that’s how many 3rd Edition Nokia S60 devices there are in the world. With 43 models to choose from, who are we to argue.

All 43 of them will now feature the Mail for Exchange mobile email application, making Nokia’s device range "the largest ever to enable the system chosen by more businesses than any other messaging solution."

Nokia also announced today that Mail for Exchange application will be available out-of-the-box in future releases of Nokia Eseries and Nokia Nseries devices.

"No other manufacturer provides the wide range of devices that we have, which immediately mobilise the hundreds of millions of email accounts from Microsoft Exchange," Vanjoki said.

"The costs of mobility are contained as companies are able to utilise existing Microsoft Exchange infrastructure, and there is also the strong possibility that a large number of employees already have one or more of the 43 Nokia devices that enable Exchange ActiveSync."

That includes using the email set-up plug-in on the home screen, launching the application from the Download folder, or accessing it via the Settings Wizard.

Connecting to Exchange Server 2007 also turns on features such as Autodiscover, which drastically simplifies the set-up process by requiring the email account holder to only enter their email address, password, domain and usernames.

I lost my memory in the dry cleaners