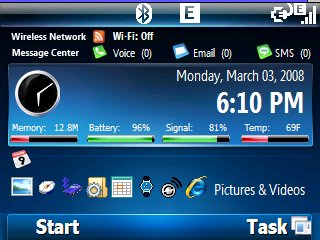 According to CNET,
Windows Mobile 7 – due for release in the first half of next year – has
been delayed until the end of next year, costing them millions of
pounds in loss forecasts suggest. However, with suggestions made by
Windows that the new model supporting Ajax and Flash based content,
they hope that this may be a late blooming model.

The
delay plays into the hands of competitor phones from Apple and Google.
The iPhone has already shipped in the millions despite its relative
newcomer status. And Google’s Android mobile OS is expected to take
significant market share from Windows over the coming month.

The
news has not been welcomed by Microsoft partner hardware manufacturers
and carriers. In response to that dissatisfaction, the Redmond-based
company is said to have a new mobile internet browser in the wings,
scheduled for release before the year end.

Others
have said the delay is due to internal squabbling over the system’s
future. Disagreements range over whether the mobile OS has to be
started from scratch with a more modular design in order to compete
with the like of RIM’s Blackberry or whether it would be better trying
to take the current code and hammer it until it works better with
today’s mobile user’s needs.

For the last few months
it has been down to phone vendors, such as HTC, to keep the staid and
boring Windows Mobile interface fresh by adding technologies such as
touch screen interfaces.