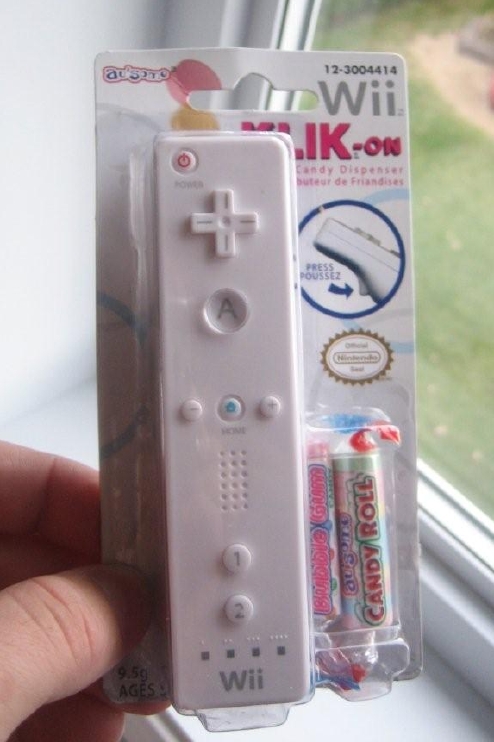 First off,
we’d like to apologise for that pun.
Anyway, here’s
something for the "simultaneously cool and stupid" group
– a Wiimote Pez dispenser, from the land of moose and maple.

Well, it’s
not an official Pez product, but it is an official Nintendo product.
It was brought to the attention of Kotaku
by one of its readers, a fellow by the name of pepsidewd (probably
not his real name).

"I
picked this up at a Dollarama store in Montreal," notes Mr. Dewd. "It is basically a mini Wiimote that dispenses Pez like
candy. Funny thing is that the cashier said that some people thought
that it was a real Wiimote for $1!"

He adds
that the sweets themselves are "crappy".
We’ve
learned two things today – 1) the Nintendo Seal of Quality is
just as unreliable in the candy world, and 2) Canadians are becoming
infected by the dreaded Stereotypical American Idiocy.