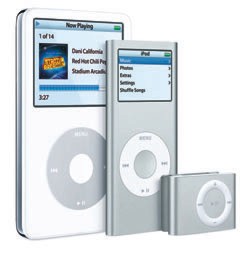 It could be said that
once you have purchased a reassuringly expensive iPod or iPhone then
you might not have enough money to afford a proper education. Well fear
not, you can still hear and watch lectures form the dons in Oxford and
Cambridge via your trusty Apple mp3 player.

The UK’s top
universities will be offering videos, podcasts, music and other content
from the boffins and lecturers at the educational establishments. Some
of them are Nobel Prize winners doncha know!

It is hoped by the
universities that not only will this be a great educational tool, but
it will also up the profile of said unis.

"We hope that this
service will make Oxford’s diverse range of audio and video material
more widely accessible to applicants, alumni, supporters of the
University, and the intellectually curious," Oxford Vice Chancellor
John Hood said.

iTunes U has been going for a while and
already the Open University and University College, London have both
been adding content themselves for free.

The content is only
available through iTunes in mp4 or aac formats, unlike the
Massachusetts Institute of Technology, which offers lecture notes and
other files in the more popular mp3 format through its OpenCourseware project.

Cambridge lectures can be found at www.cam.ac.uk/itunesu while Oxford’s is at itunes.ox.ac.uk