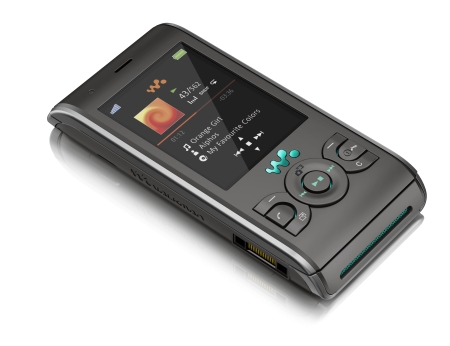 Which might sound like a bit of a drab headline, but we can assure you the Jungle Grey edition of the Sony Ericsson W595 Walkman phone launched last night (and available exclusively on 3) is anything but boring. Two of your intrepid Absolute Gadget reporters spent an evening surviving Halloween shivers at a spook-tacular ‘Darkside’ event held by 3 and Sony Ericsson to bring you this news.

Normally we wouldn’t rub our freebie nights out in your faces, but this is one supernatural spook-fest you’re hopefully going to be able to enjoy yourselves.

We got the chance to step inside the 3 and Sony Ericsson ‘Darkside Pod’ to see how long we could last before we screamed (or, in the case of Phil from What Laptop, magazine, dropped our drink). You’ll get the same opportunity…

“Kicking off at the end of October, around Halloween time, the Darkside Pod will be placed around different universities including Teeside, UCLAN, Warwick and Surrey, where it’ll be scaring students on campus throughout the day,” a devilish 3 and Sony Ericsson statement said.

“With the ghoulish Pod placed in prominent positions, student’s terrified reactions will be captured on the W595 and entered into a competition on the Darkside micro-site – the most petrified-looking winning the Sony Ericsson W595.”

The W595 Walkman phone has an “awesome YouTube application” that allows you to capture everything from creepy crawlies to scary sights on the phone’s 3.2-megapixel camera, and upload your footage directly to YouTube.

Those into their music – might we suggest Michael Jackson’s Thriller to stay on topic – will be glad to hear that the Sony Ericsson W595 Walkman phone can store more than 1,900 tunes in the 2GB Memory Stick Micro M2.

“You can share your sounds with your friends using the two built-in stereo speakers, match your playlist to your mood with the SenseMe application, and with a simple flick of the wrist, you can change the tune or adjust the volume, using the shake control,” said a spokesman dressed as Dracula.