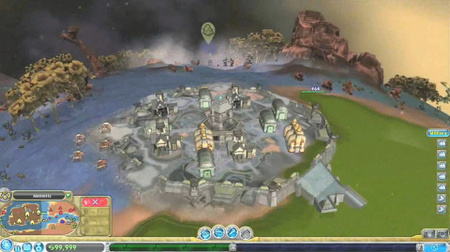 Maxis’ ultra-sim Spore has been named the 20th best invention of the year by Time magazine. How many “…of the year” things does it have anyway?

Will Wright’s labour of love, currently distressing gamers the world over with creatures that resemble walking phalluses, was dubbed “the everything game” by the venerable magazine, which also called it “blasphemy, brilliance or both”.

Spore beat out such inventions as thin-film solar panels and the intriguing bionic contact lens.

The retail DNA test (no, us neither) hit the number one spot.

Meanwhile, the Gigantic Doomsday Machine, AKA Large Hadron Collider, was only at number five.  You don’t want to anger it, fellas…