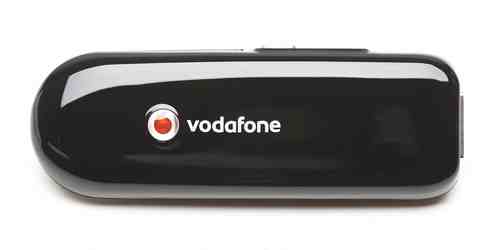 Mobile broadband
users know a
thing or two about dongles. They are forever whipping them out in
public and sticking them their laptops – have they no shame. Anyway,
enough double entrendre, Vodafone has launched a brand new mobile broadband dongle which also comes with 4GB of storage as well.

The
USB Modem Stick Pro is an HSDPA device, giving users download speeds of
up to 7.2Mbps and upload speeds of 2Mbps. Not only that it comes with
an integrated 4GB micro SD memory card.

The Stick Pro is available on 5GB plans from free on 24 and 18 month contracts and from £29 on 12 month plans.

There
is also a new 1GB 30 day plan for ‘Stick Lite’ users to complement the
existing £20 3GB 30 day plan. The Stick Lite, which is designed for
those who need to download more than they upload, is £49 on these 30
days plans.

Vodafone has in the past offered a range of goodies, such as a free laptop, in order to entice new subscribers. A website, Mobile Broadband Genie, is available to help users find the best deals on mobile broadband.