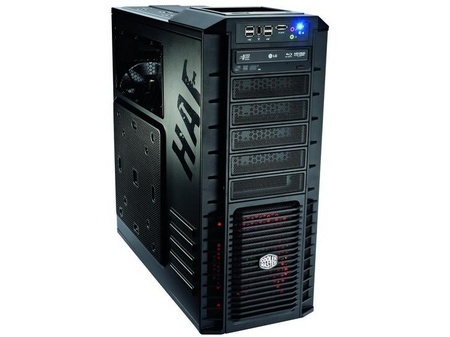 It all changed at 5am this morning, apparently. Until then, the fastest, single-processor production machine ever tested by world-authority SPEC was an 8-core SUN UltraSPARC system which managed a score of 85.5 in the peak integer rate test. YoyoTech says it has now "blown that away" with a score of 130 on a machine costing half as much…

The Fi7epower MLK1610 is built around an overclocked Intel Core i7 965 processor and runs with 9GB of high-performance Corsair DDR3 memory on an Asus P6T mainboard.

The system apparently makes best use of the available bandwidth by booting from an 80GB Intel X25 Solid State Drive. Storage is extended past 1TeraByte thanks to the inclusion of a Samsung F1 data drive.

Pure graphics processing power is provided by the 2GB HIS 4870×2 card with back-up and input being taken care of by the LG Blu-ray MultiBurner.

“During our early discussions, we said that we need to forget about budget, that we can’t think that anything was ‘too good’ for this PC," said CK, YoyoTech’s owner.

"We went back to the mindset you have as a child. Focusing 100 per cent on the ‘I Want, I Want, I Want’ mentality. I told my guys to focus on 100% pure performance and the pride that goes with knowing that customers will ‘own a piece of history’”, said CK.

CK described building the Fi7epower MLK1610 for less than £4,000 inclusive as "something of a miracle" and a "testament to Intel’s new Core i7 technology".

Units will begin shipping towards the end of november.