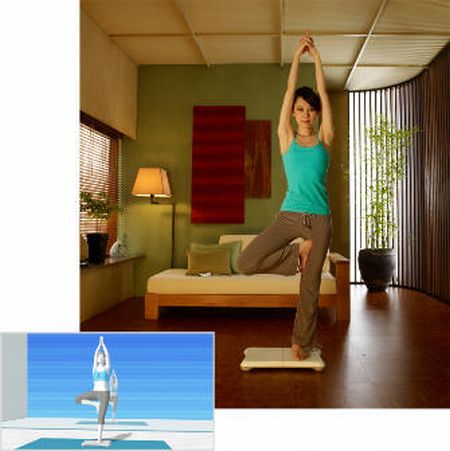 If you are looking to buy Nintendo’s Wii Fit this Christmas you are in
good company – which means that you’d better get yourself down the
shops before it’s too late. It is the most searched for game this year.

According to stats released by search analyst engine company HitWise,
the game has accounted for one in six searches for a video gamei in
October. The game has also helped online searched for video games to
overtake those for the consoles themselves.

The company said
that the search data suggested that the current generation of consoles
– the Wii, Playstation 3 and X-Box 360 – have "started to mature."

we have reached the stage where more people are now looking for games
online rather than the consoles themselves," Hitwise’s UK director of
research Robin Goad said.

Three of the top five most searched for video games in the UK during
October were multi-platform: Far Cry 2, Call of Duty: World at War
(released this week) and Saints Row 2.

Wii Fit has helped Nintendo Wii
Games into the number two spot, accounting for almost one in four video game
searches. Fable 2 – launched exclusively on the Microsoft Xbox 360 at the
end of October – helped Xbox games stay above Sony Playstation games in
the search chart.