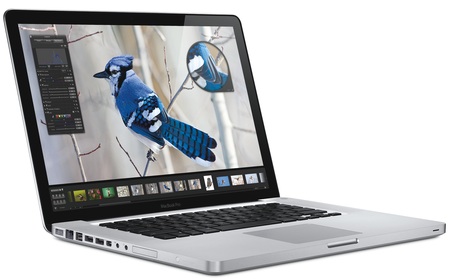 If you have one of the newest line of MacBooks or MacBook Pro laptops,
then you were probably wondering why the thing has a problem with
clicking on things. The Cupertino company has release a firmware update
to cure the issue.

When Apple launched the new notebooks in October, one of the key new
features was the larger multitouch trackpad. This trackpad was 39 per
cent larger than previous efforts and ditched the button in favour of a
tap on the pad itself.

However, not all taps were being recognised as clicks, even though the
computer made the clicking sound. Nothing happened on screen despite
the motion and this led to anger and frustration among users of the new
devices.

"This firmware update addresses an issue where trackpad clicks may not
be recognized on MacBook (13-inch, Aluminum, Late 2008) and MacBook Pro
(15-inch, Late 2008) computers," according to the software update description.

According to the accompanying notes with the firmware, after the
complete installation ofht eupdate has taken place, the updater app
will start, no rebooting of the machine is needed for hte changes to
take effect.

Apple takes MacBooks to the cinema