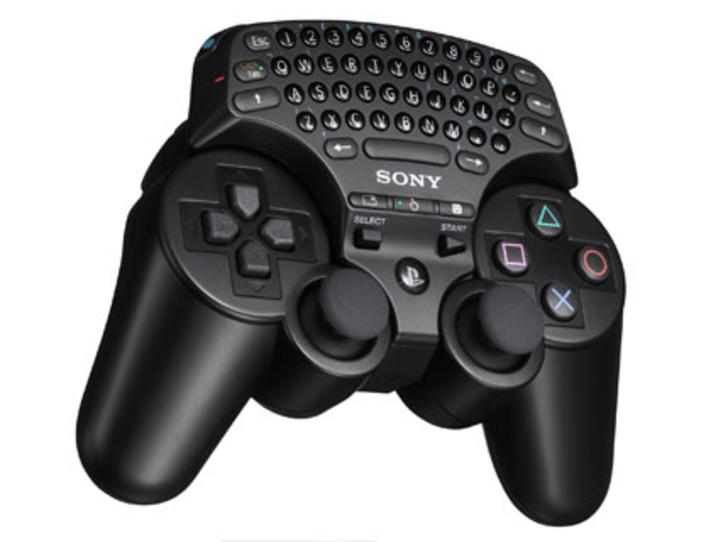 PS3 fans should set their alarms for 28 November. Sony Computer
Entertainment has confirmed that its new PS3 keyboard will be released
in the UK that day.

The £24.99 peripheral fixes onto a standard sixaxis or DualShock 3
controller. IT was first seen at the Leipzig Games Convention earlier
this year.

It sports a mouse-style touchpad and should make internet surfing much
easier than present with its QWERTY keyboard rather than the present
point-and-click approach. There are also shortcut buttons for
Communication and Message Box so you can message your pals while
palying GTA IV.

Last year Microsoft released a similar control keypad, called the chatpad, but unlike the new PS3 peripheral the keyboard fitted below the controller, the PS3 add-on fits above the controller.