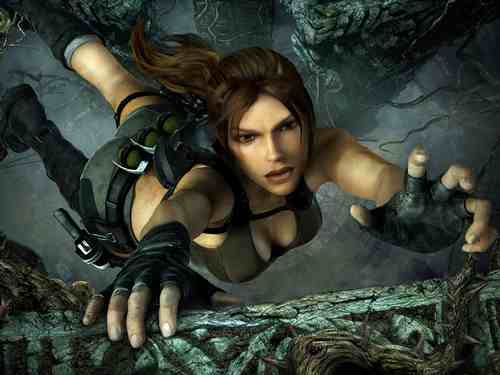 With the latest
Lara Croft adventure out most people are getting to grips with the new
game and trying to finish it as quickly as possible. That is, most
people except a few Wii gamers, they’ve manged to find a bug that
prevents them from progressing past a certain level.

The problem
happens in the Coastal Thailand level of the game during the final part
of that level. Lara jumps onto a bar and this then descends while
opening an underwater escape route. Unfortunately what has happened to
a few Wii gamers is that this bar doesn’t appear, leaving gamers
stranded with no way of getting out.

According to reports,
Eidos, the company behind the Lara Croft Franchise, is currently
looking into the fault and advising gamers to revert to a previous save
to get around the problem.

Eidos has since issued a statement on the matter telling users that it is aware of the bug.

"We would like to stress that this is an extremely infrequent bug,
however on the rare occasion that it occurs; it affects the presence of
a lever in the Thailand level of the game and prevents progress beyond
this leve," it said in the statement.

"Eidos sincerely apologises to anyone who has experienced this
frustrating problem. The quality of our games is paramount to us and
the Nintendo Wii version of Tomb Raider: Underworld went through three
separate QA testing departments prior to release. Regrettably anomalies
such as this do occur occasionally in videogames despite the best
efforts by publishers to avoid them."

"The good news is that it is not an unsolvable bug, so if you encounter it and it persists please visit www.eidosinteractive.co.uk/support/worldmap.html."

We assume that the testers have been sent in a
tiger-filled jungle and left to escape using only a toothpick and a
Katie Melua album.