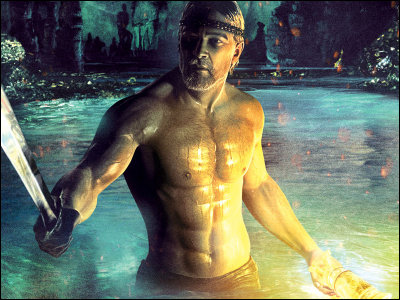 Many people now prefer to watch movies on their big, flashy plasma TVs
at home on Dvd or increasingly Blu-ray, so why would anyone want to get
near a cinema? Well, if you are passing Wimbledon or Greenwich, you
might want to have a look at the new cinemas there, they’ve got 3D Imax
screens, doncha know!

So if you want to watch the latest Batman movie, these new screens mean
you can do so in glorious 3D. Not only that, you don’t have to wear
cheap and nasty paper glasses – it’s gone all snazzy black plastic.

Imax has also worked on the sound technology so that it sounds good no matter where ou sit.

But the £1.5m screens at Greenwich and Wimbledon are only the start.
Odeon is to increase the number of 3D digital Imax screens to 45 in the
UK.

And there is an increasing number of films being shot in the new
format. Dreamworks is going 100 per cent 3D digital as is Pixar. Next
year sees the release of Alan Moore’s Watchmen in the format as well as
Transformers II and James Cameron’s Avatar.