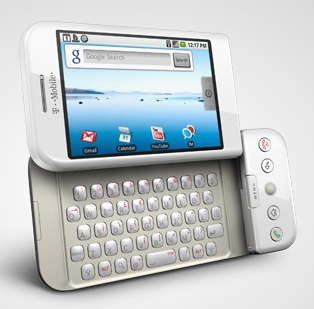 Now we know that many of you may want to have a cool Google G1 phone with its Android mobile OS goodness but may baulk at signing a lengthy contract with T-Mobile (and where we work patchy reception), so it’s good to know that you can pick up an unlocked version you can use with any sim card.

Of course, with these things there is always a catch. For to get your hands on the second-most talked about phones this year you have to be a bone-fide developer.

How does one do that? We hear you ask. Yes, you don’t have to go out and enrol at geek school but for a mere $25 registration fee you can attain the status of developer (almost exactly the same way we became ordained ministers come to think of it).

The other catch is that because it’s unlocked, the phone will set you back $399 (£270 in English). But if you are that desperate for a G1 on you O2, Vodafone, Orange or Three network then this may be for you.

The reasons behind the deal is that Google want to get as many people behind the phone as possible and for them to develop Apps for the phone. That’s because Apple are doing very nicely out of its iPhone App Store and Google wouldn’t mind some of that action, we guess.

More about this deal on the Android developers site.