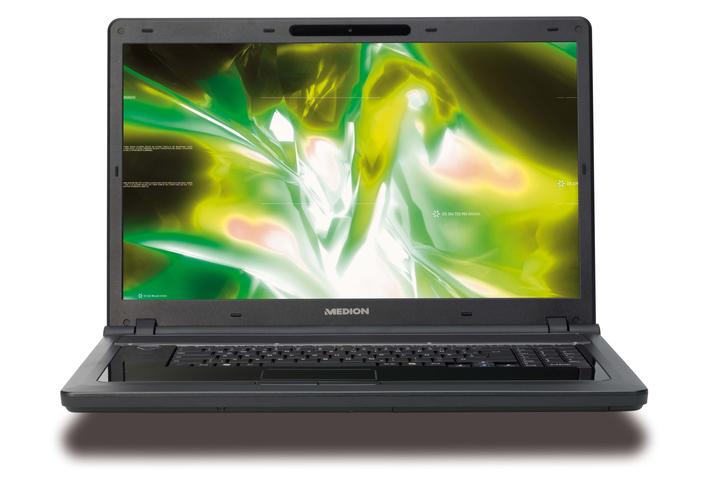 Medion is quite good at making cheap-as-chips computers but this one has to be the deal of the day. The Akoya 8610 is a Blu-ray enabled notebook for just £799.

The lappie goes on sale at Tesco and video rental giant
Blockbuster’s online store. This marks the first time the rental
behemoth has sold a laptop.

Blockbuster is also throwing in 100
free Blu-ray video rentals into the deal and the notebook itself is
£200 cheaper than similar models from the likes of Acer and Asus.

While
not quite as stylish as say an Apple MacBook or Sony Vaio the machine
is a serious contender as the laptop features an an Intel Core 2 Duo
processor, 4GB RAM, a 320GB hard drive as well as an 18.4-inch
widescreen 1,680 by 945 display. Also specced is wireless 802.11
b/g/draft-n, 3 USB ports, an eSATA/USB port and a a 1.3-megapixel
camera, and touch-sensitive media controls.

Thankfully, the
graphics and sound haven’t been skimped on – the machine sports Dolby
Home Theatre technology (5.1 sound) and an Nvidia GeForce 9600M
graphics card as well as and the Blu-ray player.

It
also features the ability to close the lid and use it has a home
Blu-ray player, connecting it to your TV with an HDMI lead. It also
comes with an ExpressCard DVB-T tuner with bundled remote control so
you can watch Freeview.

It’s on sales this week, so hot foot it the shops before they sell out.