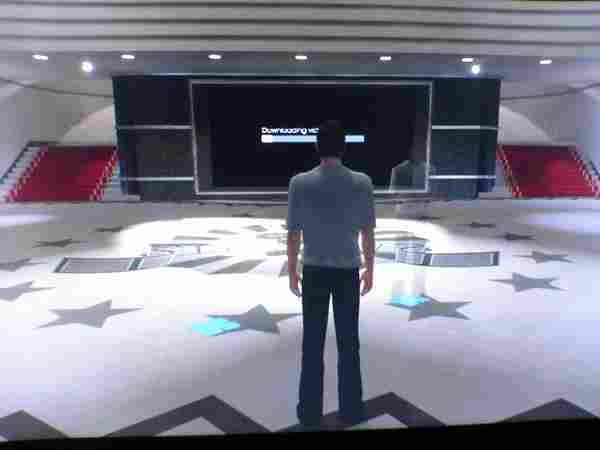 With Playstation
Home now in open beta (meaning there will be glitches still to iron
out) here are ten things you should know about Sony’s new social gaming
network.

No.1 – You’ll need space for your new home

If
you have stores a lot of media files now is the time to clear some
space as Home requires over 3GB of hard disc space to store the
different areas that Home takes up as you travel around different areas
(this is despite it only downloading 77MB of data initially).

Also,
as you move around Home you will be downloading a lot more data so make
sure that that you have a big enough data allowance from yourISP.

No.2 – You will be doing a lot of walking

If
you move to a new town then you will probably have a wander around so
you get to know the place a bit better and the same goes forPlaystation Home. As you would expect in real life, most places have more than one floor.

But if you want to take a short cut then you can just teleport.

{mospagebreak}No.3 – The end of the world as we know it

Playstation Home has the potential to be very big, perhaps even bigger than Second Life, but at the moment it isn’t there.

In fact presently there are just six zones. You have a harbourside
flat (nice), there is a Home square to meet people, a summer retreat, a
bowling arcade (to practice Wii Bowling no doubt) – there is also a
games arcade, a cinema to watch trailers, a shopping centre to browse
shops and there is also a glass door behind which is a mysterious set
of escalators. The door remains elusively shut.

No.4 – Start gaming with others

One
of main points about Home is that it should be a great way to meet
fellow gamers. Hang around the square long enough and you should find
that ideal partner to play Resistance with.

As
the place is full of people you may want to start talking to them. To
do this, tap the triangle button to start a conversation.

Of
course, using the controller to type a message is cumbersome. A Message
Pad will speed this up. Speaking through the headset will pick up on
simple phrases such as hello or goodbye. Soon enough you will become
friends with that good looking person who you will later find out is amunter in real life.

No.6 – You’ll end up spending money, quite a bit

Should you go to the shopping mall, you will find a lot of shops to buy stuff. Among them is Diesel and you can buy its branded schmutter for a couple of dollars (real dollars that is) and if you want to have that summer retreat that’ll be $5 (still very real dollars).

There is also an opportunity to visit Red Bull Island and fly around in the Red Bull plane.

{mospagebreak}No.7 – you can play games

It
would seem strange to many but you can wander around the bowling alley
and, err, go bowling. There are also proper arcade games such as
Breakout andEcochrome to play on. It kind of works but needs improving.

No.8 – Meet up with gaming buddies before you play

Eventually
there will be lots of Game Spaces to meet up with fellow gamers before
a session. At present there is only two for Far Cry 2 and Uncharted.
These spaces also sport puzzles to play with and maps for strategy
meetings.

{mospagebreak}No.9 – You can watch videos but not your own

There
are trailers for movies in the cinema but no actual movies. The flash
doesn’t quite run smoothly in the 3D environment either, so
improvements are hoped for here.

Also if you can some video of
your gaming exploits, you won’t be able to share them with friends, so
no gaining bragging rights over your latest adventures.

No.10 – It’s no Second Life – so there is always a plus side to things

While
you can wander around aimlessly and talk to, the atmosphere is quite
sterile. You can’t create anything. Clothing options are pretty
limited. It mirrors the lack of content in the place at the moment. We
hope that Sony does more to make it less like a juvenile detention
centre and more like home.