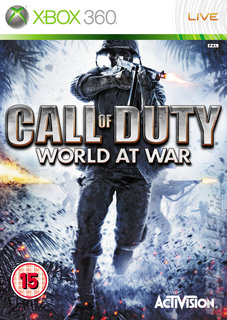 Bookmaker’s
favourite Call of Duty: World at War look increasingly likely to be the
games chart number one over the festive period.

The war game has
held on to the top spot for the last five weeks in the all-format chart
with bookies Ladbrokes cutting odds on the title to 1-3 on.

It
looks set to stay that way despite the best efforts from the likes of
Mario Kart Wii and Fifa 09, both of which has stayed stuck at number
two and three respectively. Mario Kart Wii is only 27,000 units behind
the number one spot.

Need for Speed: Undercover and Fallout 3
both head up one notch to fourth and sixth place while Tomb Raider
falls four places to the tenth spot. Brain Training sits at number five.

Here’s the top ten in fall.