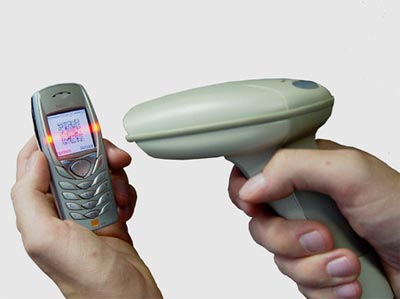 You’ll soon need never worry
about getting your tickets out for the guard on the train ever again –
you can flash your mobile phone at them instead. All theUK’s train operators have agreed to use a system which replaces paper with a barcode on your mobile.

The
barcode means that passengers can buy a ticket online and this can be
downloaded onto a phone to show on the train. It has been developed by
barcode company Masabi and could eventually replace buying a ticket at a traditional ticket office.

Punters call up the app on their phones and this app stores their
credit card details. Customers then only have to key in the three digit
code on the back of their card along with which station they are
starting at and their destination. the ticket is then sent via a text
message to the phone. And if you want you could also print out the
barcode on paper, if you’re into that sort of thing.

Of course it could mean that you only ever need buy a ticket if you see
a ticket inspector heading up the carriage, but we’d advise you against
doing that sort of thing as it is possibly illegal. And not only that
you’d have to make sure your phone is full of juice as "my battery has
run out wouldn’t work too well on an inspector.