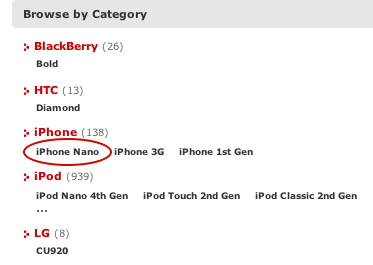 It is looking increasingly likely that an iPhone nano is in the works. According to  reports, a Chinese company is making cases for the mythical mini Jesusphone.

Macrumors.com said that case manufacturer XSKN had listed a case for an iPhone nano on its website.
The company began selling cases for the then-unreleased iPhone 3G
earlier this year, so leading some to believe a new iPhone is on the
cards.

It also had pictures on its site of cases for the 4th generation iPod nano shortly before its launch.

An iPhone nano, it has to be said would be very small ad we have big fingers, surely it would only be fit for a small child?