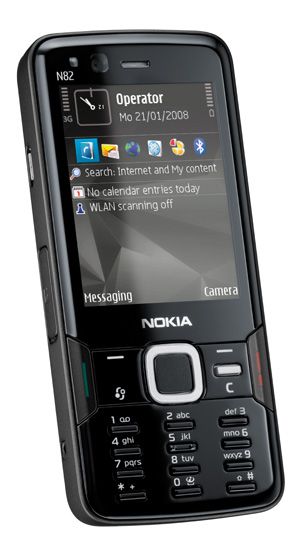 With the countdown
to the new year already begun, security researchers are warning Nokia
users that a malformed SMS message could prevent their phones from ever
receiving another text message.

German security experts
demonstrated on Tuesday that the malformed message could be sent from
any Nokia phone, even non-smartphone models to a Nokia phone running
the Symbian S60 operating systems and stop it from receiving further
texts including multimedia messages.

The attack, dubbed the "Curse of Silence",
was explained by Germany’s Chaos Computer Club (CCC) member Tobias
Engel. He said that smartphones running Series 60 versions 2.6 through
3.1 are unable to receive further messages
by SMS or MMS messages after receiving malformed
text messages. Versions 2.8 and 3.1 of the software will warn of memory
problems after one malformed message, and will fail silently after
receiving 11 more such messages.

After the attack the only way to cure the problem is to perform a factory reset on the phone.

While protection from the threat is available from security vendors,
such as F-Secure, Engel said that network operators should filter out
such messages to prevent attacks affecting users.