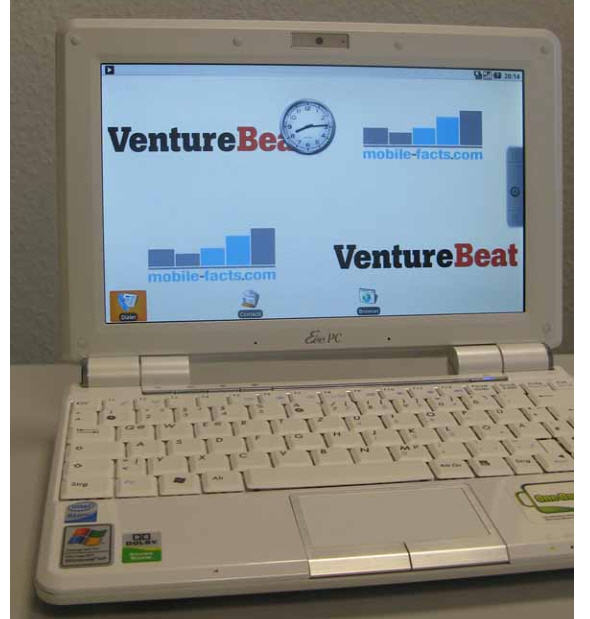 With Google’s Android smartphone, the G1, holding its own against the
all-mighty Apple iPhone, this latest news comes to us a bit leftfield.
Two enterprising geeks have managed to port a copy of Android onto an
Asus eee PC netbook.

According to Matthaus Krzykowski and Daniel Hartmann, the install only
took four hours to compile and install. They said that when the netbook
was finally operational it managed to run all the hardware including
graphics, sound and the wireless card for internet.

According to the authors of the article, the fact that Android appears
built to run on devices other than mobile phones could have
significance for Microsoft and other software companies.

"For Silicon Valley myriad of software companies, it means a
well-backed, open operating system that is open and ripe for
exploitation for building upon," said the authors. "Now think of Chrome, Google’s web browser,
and the richness it allows developers to build into the browser’s
relationship with the desktop – all of this could usher in a new wave
of more sophisticated web applications, cheaper and more dynamic to use."

The authors said that the fact it could run on a netbook could mean
that "there is a big technology push to let Android run on netbooks
under way."

They added that getting an Andriod netbook to market could happen in as little as three months.