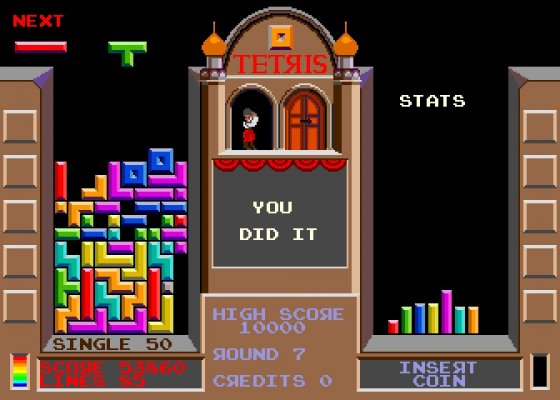 If Russian video game Tetris had been around in the 1970s then perhaps
all those Vietnam vets would have had an easier time re-adjusting back
to normal civilian life. Scientists have found the game can stop people
having flashbacks.

The researche, carried out by boffins at the University of Oxford, found that the block-arranging game has some medical effects.

Researchers said that the game acts as a "cognitive vaccine". Test
subjects who first watched traumatic scenes of injury and death then
half the subjects played Tetris for ten minutes after the film while
the other half sat quietly. Both sets kept a diary noting flashbacks.

The group that played Tetris had significantly fewer flashbacks than the other group.

Apparently this is because the computer game compete for brain
resources that would normally be used in mental imagery. Playing Tetris
interferes with the brain’s ability to consolidate mental images.