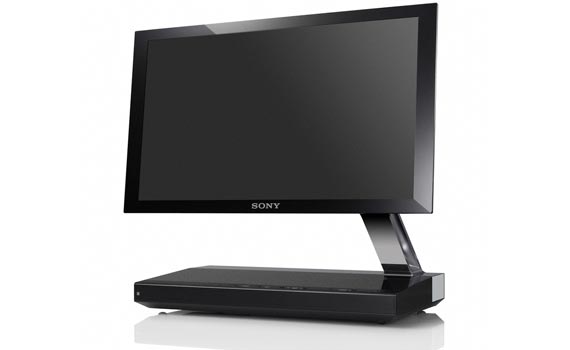 If you have
three and a half grand burning a hole in your pocket (it could happen?)
then you may want to blow it an brand new television. Sony’s new XEL-1
display is the first OLED television to be launched in Europe.

The
idiot lantern is 3mm thick. To get to this thinness, Sony has not gone
on some supermodel binge and purge diet but rather ditched LED
backlights.

The screen itself is 11 inches, so it won’t be
replacing the large plasma anytime soon but it does offer an amazing
1,000,000:1 contrast ratio that other tellies could only dream about.
Also, the technology means that black are properly black in as far as
the LED doesn’t have to light up anything. It is also HD, taking inputs
up to 1080p and sporting two HDMI ports at the back.

With a
telly this thin, we’d be tempted to hang it on the wall of the
crumbling Victorian mansion we call Gadget Towers. But again it does
come with a cantilever support rising from the base to give it that
retro future look.


Sony beefs up its Bravias