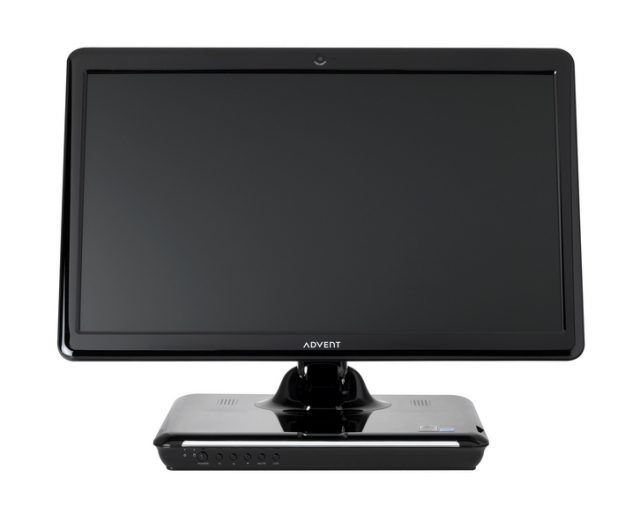 With netbooks all
the rage, some are trying mimic the success of these tiny computers on
the desktop. Advent’s latest attempt at these so-called "nettops" is
worth a look in.

The AIO-100 is the company’s answer to the Asus
eee top computer, but in many ways better looking. As it is a nettop,
don’t expect a lot fo grunt under the hood. It comes with a 1.6GHz Atom
N270 alongside 1GB of RAM. Don’t go expecting this machine to do video
editing and complex special effects. This is more a computer for
internet surfing, email and word processing.

Out of the box, the
AIO-100 looks good, boasting an 18.4-inch display with a resolution of
1680 by 945. While it doesn’t have touchscreen capabilities like the
eee Top, the larger screen more than makes up for this.

The keyboard and mouse are dinky affairs, in fact the keyboard seemed
to be an oversized laptop one, but again felt good in use. The mouse
feels a little in substanstial but workable.

The unit itself is slightly different to standard nettops. Rather than
placing all the components behind the display, they are housed in a
small chassis underneath. the display sits on top of an adjustable arm.

Here in the chassis are a variety of ports, mainly USB ones (five) plus
an Ethernet port and audio connections. Hidden away at the side is a
VGA port. On the other side is the dual-layer DVD writer which gives is
one over the eee Top.

More on next page….{mospagebreak}As we stated earlier, the computer houses a 1.6GHz Intel Atom
processor, 1GB of RAM, 160GB hard disc and wireless Ethernet (802.11b/g
but not draft-n).

It sports an Nvidia GeForce 9200M graphics chip, which is better than
having one of those Intel integrated GMA945 efforts but don’t expect to
use the computer to play the latest games at top resolution.

That said, it is a great little computer and it runs Windows XP rather
than the lamentable Vista. Its power consumption is low compared to
other computers, taking 34W when maxxed out. The large screen and
optical dirve are welcome additions too.

It costs £340 ex VAT so it’s not going to give your bank manager any nightmares either. The machine is available from PC World.