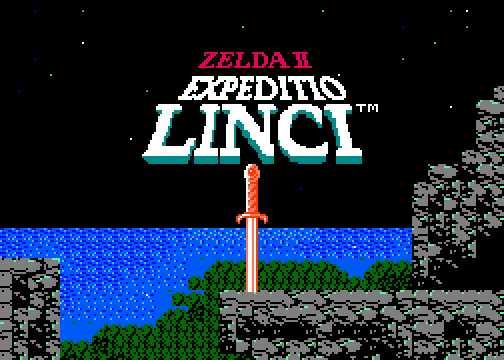 "Veni,
vidi, rupee." That’s "I came, I saw, I got the
treasure" in Latin. (Note: not really.) But anyway, if you
ever felt the need to play the NES game Zelda II: The Adventure of
Link in Caesar’s language of choice, now you can.

A
scholarly hacker who goes by the name of "tempestas_caput"
has translated the entire game into Latin (giving it the title of
Zelda II: Expeditio Linci) and released a patch for the ROM
(available via this handy link on Offworld) so you too can experience
the NES as Mark Anthony must have.

Tempastas_caput
is now planning translations of the original Legend of Zelda
as well as the rather more dialogue-heavy Final Fantasy III.
We’d offer messages of congratulation and support in Latin,
but, um, we don’t know how.