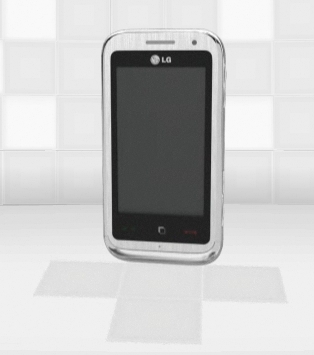 How do you one-up the cracking lion-spewing arena Russell Crowe fought in during Gladiator? Add an intuitive 3D interface and Dolby Mobile surround sound to deliver the ultimate multimedia experience. At least that’s what LG reckons.

LG says the Arena is the world’s first global handset to feature Dolby Mobile surround sound “to deliver a totally new and enhanced audio experience for both video and audio content”.

And a standard 3.5mm audio jack means Arena can be used with any pair of headphones. A built-in FM transmitter even allows Arena to play music wirelessly whether it is through a car or home stereo system.

Officially launched at Mobile World Congress, LG Arena will be available in Europe in March.


“What really makes Arena special is the new LG intuitive 3D UI, which is unlike anything that has appeared on a phone before,” said Dr. Skott Ahn, President & CEO of LG Electronics Mobile Communications Company.

“We surveyed consumers and found that they were unhappy with current interfaces. They wanted a simple, fast and fun way to use multimedia and additional features, but also an experience that was dynamic and interesting.”

Reel Scrolling
“In Arena’s camera mode, an intuitive on-screen dial, similar to those found on many high-end stand alone cameras, makes it easy to customise shot settings for picture-perfect results.”

Fast Action
“Arena’s UI was designed to reinforce the advantages of touchscreen technology from the offset, eliminating any unnecessary menus and complicated navigations. At its core is a cube layout that provides four customisable home screens that provide quick access to all features by flipping the cube with just a flick of a finger. With multiple faces, the cube allows for four times more shortcuts than a single screen, making navigation easier and enhancing overall usability.”

Cube layout
“Arena’s Elastic Lists make it easier to browse through contacts and other menu listings. When touched, the listed items stretch like a rubber band to provide more detailed information, options or easy editing. This eliminates the need to switch to a new screen, saving time and making it easier to browse the other options available. The smooth and quick transitions on screen are a result of a powerful AMD processor working together with LG’s 3D UI.”

Fun
“Colourful and vivid graphics give Arena a sense of dynamism and fun. Arena’s dynamically designed graphics are particularly evident in the phone’s Floating Image Gallery. When held upright, the phone displays photos neatly in rows. But flip the phone on its side and the photos automatically cascade off the screen and reappear much larger. Sliding a finger from top to bottom will show photos taken on different days. Dragging a finger from left-to-right shows photos taken on the same day.nGoing one step further, its Tactile Analogue Alarm Clock and Radio Tuner make it almost feel like moving a clock’s hands or turning an actual dial.”

Multimedia Features that Come Alive
Dolby Mobile surround sound technology unleashes the power of unrivalled audio for movies and video and delivers rich, resonant sound. Featuring a range of equalizer presets to fit all genres and individual tastes, further enhances the listening experience.
“The new LG intuitive 3D UI offers superior functionality, speed and ease of use unlike anything seen before, the LG Arena really is taking touchscreen technology to the next generation,” says Jeremy Newing, head of marketing, LG Mobile UK. “Partnering with Dolby Mobile and its audio expertise has ensured that LG is bringing new and exciting handsets to the market, that give users the opportunity to engage in a wholly new multimedia experience.”