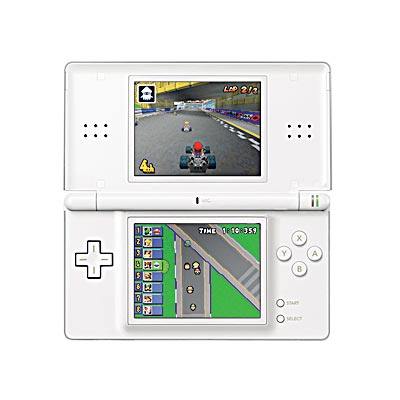 You
may have come across the R4 cart – or the "R4 Revolution for DS" to
give it its full name – especially if you’re the sort to wear a parrot
on your shoulder and say "Arrr" a lot. It’s a little device that
enables all sorts of flash-memory-based multimedia storage but, more
importantly, allows rampant DS game piracy, and it’s been declared
illegal in Japan.

Last July, Nintendo announced they were taking the R4’s Chinese manufacturers
to court, using the Unfair Competition Prevention Law (no, we don’t
know either) in an attempt to halt widespread DS piracy. They backed
themselves up with the weight of some 53 other game-makers, including
Capcom, Sega, Square Enix and Hudson.

Today, the Tokyo
District Court has found in Nintendo’s favour and granted an injunction
against sales of the R4. Most outlets had already stopped selling it
due to the lawsuit’s pressure, but it’s now officially against the law
to sell it in Japan.

Nintendo, Square Enix and Capcom have
released a statement crowing about the victory, highlighting that the
R4 is a "violation under Japan’s laws" and declaring that the 54-strong
company coalition will continue to bring the fight to any manufacturers
of similar devices.

What repercussions this will have for the
R4 in the wider world is unknown as yet, but we wouldn’t be surprised
if the battle went global.

UK pirate has had his chips