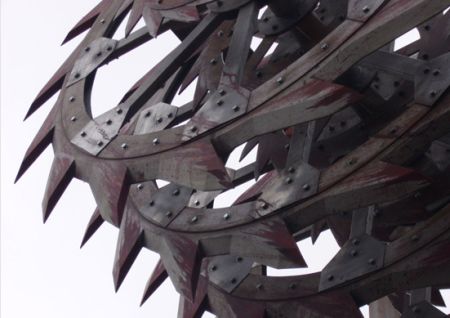 The space you’re looking at is supposed to contain our gibbering thoughts having survived the new Saw ride at Thorpe Park. Unfortunately, the movie-based rollercoaster suffered a Tomorrow’s World-style set back when it failed to work.

The same problems apparently scuppered the previous night’s celeb party opening, with stars such as Jonathon Ross not able to get their movie-thrill rocks off (our gossip insider tells us Chantelle off of Big Brother wasn’t going to ride it anyway, as it’s so high she was afraid her implants would blow up!).

We’re told it should be up and running by tomorrow, when we may still get a spin on it.

But with a public launch due for Saturday you can bet those fixing it have been threatened with a Jigsaw-style death trap to make ’em work even faster.

(More images on the next three pages)