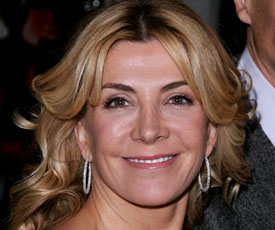 How low can a hacker sink? Well, how about using the death of much-loved actress to spread their malware? Yep, that’s pretty low…

It seems that a number of compromised websites have begun hosting content related to Natasha Richardson’s death in an attempt to infect users’ computers.

The award-winning English actress, who died yesterday after suffering head injuries in a skiing accident earlier in the week, is being used to lure in celebrity news fans.

According to security firm Sophos, hackers have been creating malicious webpages and stuffing them with keywords, most likely through content scraped from legitimate news websites.

By using content related to Natasha Richardson’s death, the cybercriminals have made their attack timely and ensured that it will feature high up in search engine results, increasing the chances of unsuspecting victims visiting the site.

“Cybercriminals don’t waste any time jumping on the coat-tails of breaking news stories in their attempt to infect as many computer users as possible,” said Graham Cluley, senior technology consultant at Sophos.

“Speed is everything for these hackers – they know that more people will be searching for information about Natasha Richardson today than, say, in two weeks time.”

Cluley said that one way to avoid falling into this trap is to visit an established news website rather than using a search engine, which might take you to a keyword-stuffed site harbouring malware.

The sites with compromised web links infect users with a malicious script known as Troj/Reffor.

This then runs a fake anti-virus product designed to scare users into making an unwise purchase.