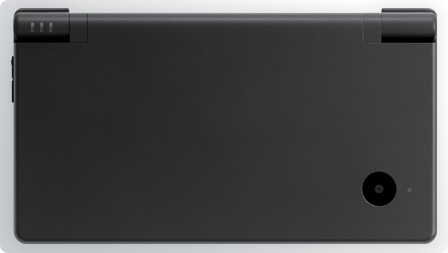 If you’ve got a Wii, no doubt you’ve noticed that its Virtual Console system covers many machines, but not any handheld ones, which may have struck you as slightly odd considering Nintendo’s stranglehold on the gaming-on-the-move market for, ooh, ever.  But now rumours are floating about as to the reason for this oversight – the DSi may well be hosting classic Game Boy titles with its own VC.

The latest incarnation of the DS has its own take on the burgeoning WiiWare/Xbox Live Arcade/PSN downloadable budget games scene, DSiWare, so the possibility of a retro service to go with it seems a natural leap.

And if games site Kombo is to be believed, that’s what we’re getting – Game Boy and Game Boy Advance titles downloaded onto SD cards, which the DSi supports.

The service would apparently be initially limited to first-party Nintendo games, but that doesn’t seem such a hardship – Super Mario Land 2?  The Legend of Zelda: Link’s Awakening?  Wario Land 4?  Tetris?  Yep, we think we can live with that.

Nintendo has opened its “no comment” mouth to say “no comment”, but we wouldn’t be surprised at all if this is at least partially accurate.