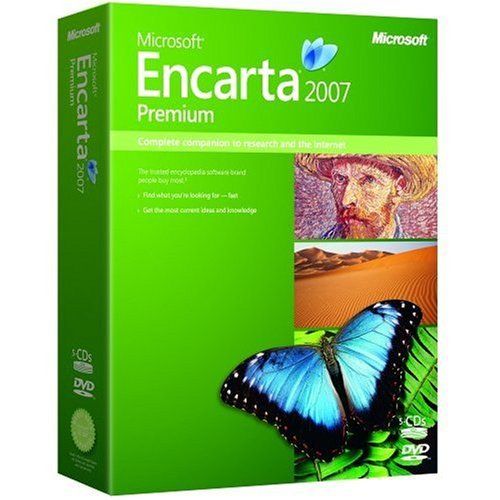 It was once lauded as the pioneer of an information revolution; freeing
people everywhere from the knowledge-tyranny of heavy, dusty reference
texts. However, digital encyclopaedia service Encarta will itself soon
be laid to rest.

According to Ars Technica, Microsoft will discontinue sales of Encarta
products in June. Global websites are scheduled for closure on October
31st 2009. Only Encarta Japan will remain – until the end of the year.

A Microsoft memo stated: "People today seek and consume information in considerably different ways than in years past."

"As part of Microsoft’s goal to deliver the most effective and engaging
resources for today’s consumer, it has made the decision to exit the
Encarta business."

The rise of free online collaborative encyclopaedia Wikipedia is seen as the main cause for its demise.

While Encarta Premium, launched last August, contains around 62,000
articles, costs $20 and can only be updated centrally, Wikipedia
contains almost 3 million entries, costs nothing and can be updated by
users in seconds.

Encarta did attempt to compete with
Wikipedia in 2005 by allowing user submissions to their online service.
However the decision was not deemed to be popular.

Beginning
in 1993, Encarta directly challenged established and expensive print
encyclopaedias by being packaged on free CD-ROMs distributed with
Microsoft Windows.

At the height of Encarta’s popularity in
the late 1990s, the brand had acquired and absorbed the rights to three
popular North American encyclopaedias – all of which ceased publication.

Xbox Live will stay up over Xmas promises Microsoft