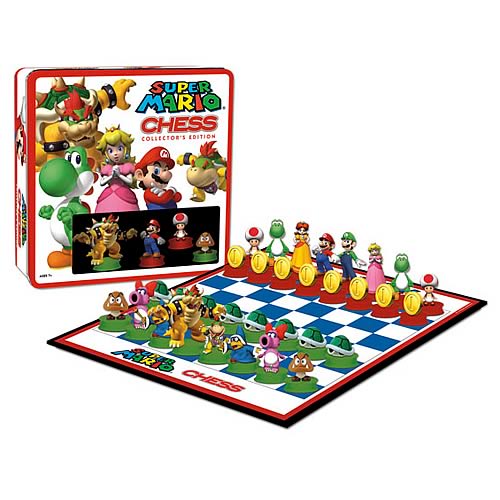 We’re
surprised no-one’s done this already – heck, the
plumber-man’s eternal rival Sonic did it last year – but
if regular chess just doesn’t feature enough moustachioed
Italian-Americans and yelping dinosaurs for you, your worries are
over.

USAopoly have unveiled their officially licensed Nintendo take on the game of
choice for movie villains the world over, and it’s available
for pre-order from Entertainment Earth – which sternly says
their products are not for export, but we’re sure you can find
a way around that. And it has the edge over the aforementioned Sonic
effort by having both heroes and villains present and correct.

We do
question why Luigi has been pressed into service as the queen for the
goodies’ side, mind…