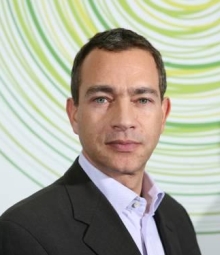 Any gamer will tell you that Christmas is the worst time of year – because publishers release all their games at once, leading to a ridiculous glut that means many games underperform since they get overlooked, while hardly anything is released the rest of the year.  (And let’s not forget all the titles over the years that have clearly been rushed out for the holiday season when they obviously needed a few more months’ work.)  Well, Microsoft agrees.

David Gosen, Microsoft’s European marketing head, has told MCV that he’s concerned about the “seasonality” of the UK games market.

“We still have a very seasonally-focussed business,” he said. “You only need look at last Christmas, when nearly 200 titles were released in the space of three or four weeks. There was that crazy week, third week of November.

“The big brands reached the top and everything else was left by the wayside. It’s becoming harder and harder to establish new IP [Intellectual Property we assume – Ed] in that environment. You have to ask if that’s sustainable.”

He then pointed out the success of Resident Evil 5 last month – the Xbox 360’s biggest-selling game in the first quarter.  To which you could add Metal Gear Solid 4 (June), Mario Kart Wii (April) and Super Smash Bros. Brawl (June again) last year.

Gosen added, “Of course Christmas is still the key selling period, but we need to look at de-seasonalising. We launched GTA IV at this time last year, and Capcom’s Resident Evil has shown that you can be successful. As more publishers do this, we’ll create a second or third release window, and that will be great news for the industry.”