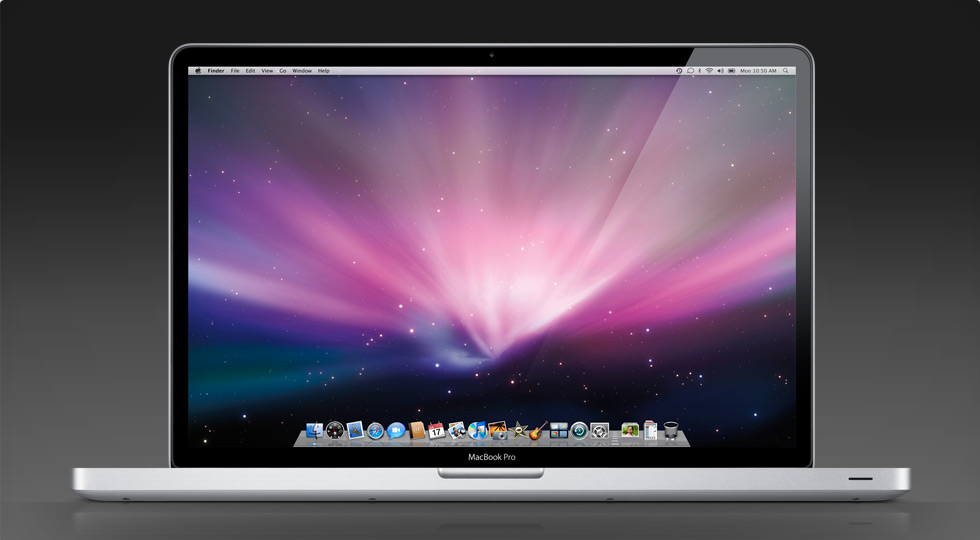 So just about every new Macbook
in the Apple range has had a unibody makeover. The Macbook Pro was
probably the last in line to get a re-design but the new look makes the
laptop much more thinner, lighter and to Apple fanboys, ever more
desirable.

But the shell isn’t the only thing tht has changed.
Under the hood has gotten a few changes, albeit incremental ones. The
biggest difference however is the longer battery life, claimed to last
40 percent longer than its predecessor.

This latest business-oriented model boasts the same 5400-rpm, 320GB hard disk drive as the last one, though you
can change this for a faster (7200-rpm) 320GB drive or go futuristic with
either a 128GB or a 256GB solid-state drive. Obviously, these will cost you extra.

It
comes with 4GB of memory and you can upgrade this to 8GB. The memory
itself is a whizz-bang DDR3 variety (running at 1066MHz) instead of its
predecesor’s DDR2 (667MHz).

{mospagebreak}The Intel Core 2 Duo processor also
steps up a gear, going from 2.5GHz to 2.66GHz. Again, you can pay to
have an even faster 2.93GHz chip. In addition to this, the Macbook Pro
sports a 1066MHz front side bus compared to the last model’s 800MHz bus.

The
display is really quite something else. The widescreen uses
mercury-free LED backlighting and arsenic-free glass, which should
please Greenpeace. The display resolution of 1920 by 1200 is wide
enough for most, if not all, multimedia uses. It also shows up bright
colours and deep blacks, giving movie playback a great experience.

If
that doesn’t do it for you then the Macbook Pro features a Mini Display
Port for connecting to external monitors. A mini Display Port to DVI
connector can be purchase separately to connect to DVi monitors. The
other ports all reside on the left while the optical drive lives on the
right.

The laptop has not one, but two graphics subsystems. A high-end nVidia GeForce 9600M GT chip with 512MB of dedicated
GDDR3 memory, and a battery-saving nVidia GeForce
9400M that shares 256MB of RAM with the rest of the computer.

{mospagebreak}The
new style battery features lithium polymer sheets instead of
cylindrical lithium ion cells. To the lay people, this means that not
only should the laptop run longer on a single charge. The battery is
fixed, so it is no longer replacable by the user. Now this would be a
pain if the battery lasted as long as other laptop batteries. But Apple
claim that the battery can be charged and drained at least 1000 times
while keeping 80 per cent of its original capacity.

Overall, this is definitely a portable Mac that everyone should get. This one is currently available from PC World.