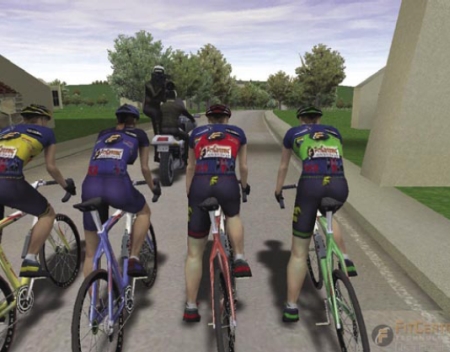 The BT Paralympic World Cup takes place in Manchester between 20-25 May and alongside all the other amazing performances will be one by the WebRacing team. The company has been invited along to demonstrate its prototype ‘virtual training’ equipment and will allow competitors, spectators and even local school children to try it out.

The concept of WebRacing allows the user to view themselves as a virtual racer on some of the most famous race tracks on the international circuit with cheering crowds and lifelike scenery for “ultimate authenticity”.

The equipment integrates state-of-the-art web technology with fitness machinery such as bikes, rowers and cross trainers.

According to Duncan Lawson from the WebRacing team, it is set to become one of the most favoured methods of training for both competing and recreational athletes.

“As the user is kept mentally engaged, they are likely to burn more calories and achieve greater muscle tone than with a less inspiring training session.”

Lawson said that WebRacing will soon be available for everyone, but it was important for the company to get feedback from world class athletes in the early stages to ensure that the program is developed to the highest possible standards.

“I hope that many of the athletes will integrate WebRacing into their training and that our machines will play a part in preparing them for London 2012,” Lawson added.

The equipment will be connected to a big screen allowing both users and spectators to see all the action as it happens.

Free Hulu Plus with Vizio Tablet

Apple opens the doors on its Mac App Store