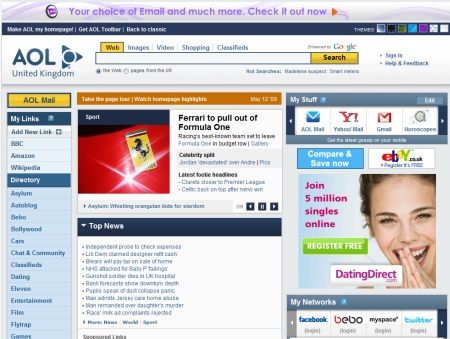 AOL UK has launched a beta version of its new homepage that will let consumers access multiple e-mail accounts and social networking services from a single online destination. Today’s beta launch in the UK includes the same tools added to the AOL site in the US back in September.

“The reinvented homepage offers a convenient, one-stop destination where users can access everything they love on the Web within just a few clicks,” said Dana Dunne, AOL’s European chief executive.

The site is expected to complete its beta phase and fully launch this summer.