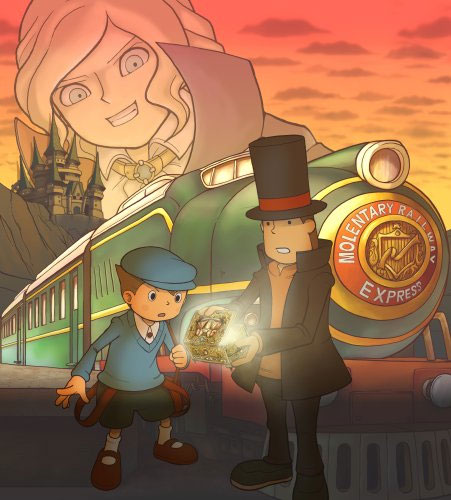 Anyone
who’s been anywhere near a DS-stocking shop in the past few
months can probably deduce that Professor Layton and the Curious
Village has been even more ridiculously successful than the average
ridiculously successful DS game. So it’s to the surprise of
precisely no-one that the sequel should be out soon.

Professor Layton and the Diabolical Box hasn’t been officially dated by
Nintendo of America, but Amazon has given it an August 24th
release date. The game’s been out in Japan for yonks (indeed,
they’re soon to get Layton 4, and Laytons 5 and 6 are already
being cooked up), so we’re hoping that the nine-month gap
between Curious Village’s American and European releases won’t
be repeated – they’ve had plenty of time to fully
translate the game into German, French and the rest, after all.

Amazon’s
listing says that Diabolical Box offers “tons of in-game
puzzles of different types and difficulties” and “three
times the voiced dialogue and movies of its predecessor.”
We’re polishing our top hats in anticipation. Er, in an
entirely non-euphemistic way. Ahem.


Review: Professor Layton and the Curious Village on Nintendo DS