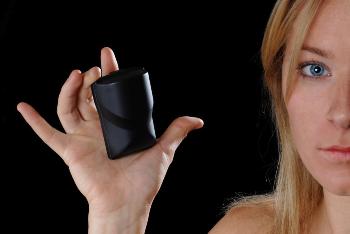 Parents – they constantly fret over
you hoping you are alright but one mum has gone to extreme lengths by
electronically tagging her son as he goes off on a round-the-world gap
year holiday.

The mother in question, 53-year-old Rachel Wilder has put a Traakit GPS device on her son
Harry. Now, Harry is 19 and legally an adult, but this hasn’t stopped
his concerned mum from being able to track his movements day or night.

The man is on long trip through Australia, Thailand and South Africa before taking up a place studying at Oxford Brookes
University. At present, Wilder is currently in Oz and mum can track him
to within 15 feet of his actual location. (Which may make meeting young
ladies a bit awkward).

"I can tell which street he is in so I
can make sure he doesn’t wander into any dangerous areas," Mrs. Wilder
told the Telegraph.

The Traakit
device was invented by a man by the name of David Clayton, who
is Harry’s uncle and unsurprisingly might explain why the lad is not
too put out by having the credit-card sized device on him at all times.

We at Absolute Gadget would love to have the devices to track staff, but we already know they’re down the boozer, possibly under a table.