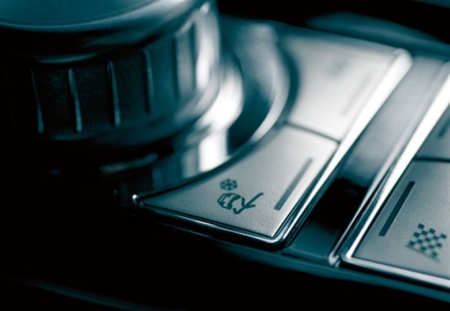 Men want to be him… that’s what they say about Bond, James Bond. And driving this bad boy might very well be the closest most ordinary mortals ever come to achieving that.

It’s hard to create a car that you’d be as happy throwing around a racetrack as you would be taking the family to the supermarket, but the Jaguar XF has pulled off the near impossible.

Those styled good looks aren’t the end of the luxury with this car, though. Simply open the door and you’ll be wowed by an interior that shows off the best of a modern look. It’s not the stuffy wood panels as you might expect from a premium motor, with Jaguar’s designers instead achieving a clean and simple feel with the use of aluminium.

Use the wireless keyfob and the XF begins to purr into action. The car can be turned on with the touch of a button and it appears to spring into life thanks to the extension of wing mirrors, the exposing of airvents and the appearance of a control that slowly rises from a central base. This latter option is the JaguarDrive Selector, which controls the gears and has been styled based on the internals of a fighter jet!

Taking a seat in the car brings the first moment of personalisation, as you manoeuvre a set of four-way adjustments on the driving seat to choose a comfortable position. Two different chair settings can be stored and swapped over with a button press – very handy if you share driving duties but don’t want to spend an age reconfiguring every time.


Jaguar claims that the front seats have been engineered to give a better view for the rear passengers, but it’s the room handed to the driver and front passenger that AG was happiest with. Many of the car’s traditional functions have been pushed back to halt any feeling of being cramped. That’s mostly down to the central touchscreen control, which cuts down the number of buttons and allows access to the built-in sat-nav, climate control, CD player, FM/AM/DAB radio, iPod playback and USB connection to access MP3 music files on memory sticks.


However, even that long list only scratches the surface of the usability of this screen. Put the car into reverse and what’s behind you is instantly displayed. There’s even a built-in Freeview receiver allowing digital TV viewing when the car is stationary or audio playback of TV channels if you’re driving. All of those entertainment options are beautifully served by seven well-placed speakers from sound specialist Bowers & Wilkins.

That supremely-useful screen system is backed up with a number of buttons that make it easy to carry out a some useful functions. Once you’ve paired your phone’s Bluetooth connection using the Comms section of the interface, your phone can be answered using a button on the steering wheel. Naturally, those entertainment functions can also be cycled through without the need to move your eyes from the car in front of you.

So, does sporty mean less safe? Not a bit of it! The car is packed with sensors that monitor your position and warn you if you’re getting too close to other objects (the kinds of things that cause dents, such as walls and other cars). A rapidly increasing beeping signal keeps you from tailgaiting the car in front, while lights in the wing mirrors glow to warn of barriers you’re near – including the car in the next lane if it’s close.


Jaguar has even tried to protect pedestrians and make sure that injuries from an accident are less likely to be serious. Pedestrian Contact Sensing scans for impending collisions and actively changes the car to try and protect pedestrians. This is down to a pyrotechnic system that instantaneously creates a cushioned space between the XF’s outer skin and the hard points in the engine. And no, we didn’t test this one out!

All of which means nothing if it’s a crap drive. So how did the car fare on the highways and byways of sleepy old Britain? Well, the ride was particularly smooth – even when compared with the best American cars we’ve had our hands on. Drivers can opt for the safety of Dynamic Stability Control, which optimises the car’s settings without the need to do any manual changes. Those looking for the gentle slide of a more adventurous drive can opt for tracDSC mode. There’s even a winter mode – which would have seemed unnecessary if the UK hadn’t been covered in snow already this year – to handle throttle progression and transmission calibration for the best possible traction in icy conditions.

If you’re The Stig (or you like to think you’re The Stig), those functions can all be disabled and the automatic gear decisions can be overridden to manually change up and down using discreet paddles behind the steering wheel.

So what’s the catch? You’re probably thinking that you’ll have to sell some internal organs on the black market to get your hands on one but the Jaguar XF has saved its greatest trick for last. Models in the XF range start around the £33,000 mark. Sure, not a figure to be sneezed at in the credit crunching times, but not out of the reach of mere mortals either.

Tell Media Center where to go

Paypal works on its Apps

This remote control is a wind-up