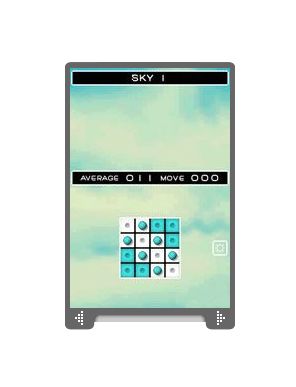 This week Nintendo will be mostly taking you fishing, dragon slaying and puzzling. That’s thanks to Fish ’Em All! On WiiWare, Space Harrier on the Virtual Console Arcade or Art Style: Nemrem on Nintendo DSiWare.

WiiWare – Fish ’Em All (800 Wii Points)
“Jack and Walter are two old fishermen in this fantasy world, who have found places where crazy fish leap out of the water all day long – the perfect place for a spot of fishing! It’s a shame the other strange creatures aren’t going to make things easy.
With nine colourful scenarios and three game modes, this surreal action game will give you the experience and excitement of the great arcade classics on your Wii console. Hold on tight to your controller and fish ’em all!”

Virtual Console Arcade – Space Harrier (800 Wii Points)
“Experience Sega’s shoot ‘em up classic in its original arcade version! When starting this game you are greeted with “Welcome to the Fantasy Zone. Get ready!” Although be warned as you don’t have much time to take its advice. In fact, even as the words are being spoken, Space Harrier is already charging into battle. Toting a huge laser gun under his arm, Space Harrier can either run along the ground or fly freely through the sky. Either way, he’s always heading forward into the hostile 3D world.
As you progress, hordes of strange creatures and robots fly towards you. Lightning-fast reflexes are required to dodge their incoming fire. Environmental hazards can be a problem too, so take care not to run into any trees or stone structures. And if you need a morale boost, just defeat a boss, and the narrator will remind you that “You’re doing great!” Classic.”

DS1Ware – Art Style: Nemrem (DSi Points)
“The Art Style series brings you unique, simple-to-play games with striking visuals and immersive sound. Nemrem is a relaxing logic puzzle where the objective is to match coloured panels with spheres of the same colour. Use your stylus to slide the panels horizontally and vertically as you chill out to the soothing sounds of the game’s peaceful music.
Although Nemrem is simple to play, later levels offer deeper challenges to test your logic powers, with multiple colour combinations and even locked panels appearing. For the ultimate test, can you complete each puzzle in as few moves as possible?