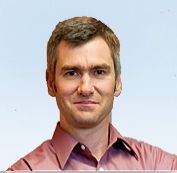 After months of umming and ahhing, Microsoft has officially announced the launch date for Windows 7, the replacement for the less-than-well-received Vista.

Take it away, Bill Veghte, senior vice president for Windows:

“We feel confident that we will deliver Windows 7 with our partners on October 22.”

So there you go – just in time for, er, Hallowe’en.  And Christmas, we suppose.  The cost remains a mystery, though, but it’s believed that free upgrades will be offered to anyone who buys a computer from around August up to the launch date.

The announcement caused Microsoft’s shares rise slightly by (an appropriate) 7 cents to $21.47 on the Nasdaq index.

Microsoft banned from selling Word in US