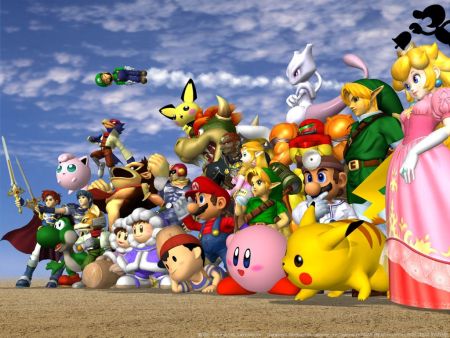 When Super Smash Bros. Brawl launched just under a year ago, one of its big selling points was the user-generated content players could swap over the Internet. So Nintendo has decided to celebrate the game’s first birthday by, um, shutting this feature down.

The user content lets players upload snapshots and fight replays to show the world, as well as sending homemade stages, made with the game’s level editor, to Nintendo, who choose the best periodically and send them to other players.

But the official website has a new update:
“As of June 30th, 2009, the current service that accepts user-generated snapshots, stage designs, and replay data will no longer be available. Please note, however, that we will continue to distribute such data after that date.”

Why? No idea. It doesn’t say. Brawl’s notorious for its incredibly laggy online play, so maybe Nintendo is hoping that streamlining the online service will improve the matches themselves.

That’s just our theory, mind. Maybe Nintendo just hates us all. Why do you hate us, Nintendo? Why?