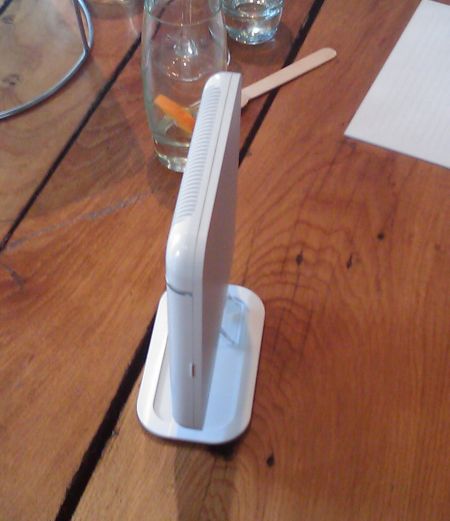 Absolute Gadget got a sneak peak at Emtec’s upcoming tiny Windows PC last week. It’ll “hopefully” have a price of £179.99 when it launches later this year, the spokesman says.

It looks a little like the Asus EEE Box, albeit a bit slimmer and obviously planning to be a bit cheaper.

“Not everyone wants a laptop,” an Emtec spokesman said. “It’s never necessarily going to replace the PC, but it’s perfect for someone who goes to college and has a tiny room.”

The spokesman also said the product has applications for small businesses.

The model we saw had two USB ports, so one more than Apple’s superslim lappie. And it has a 160GB drive, so plenty of initial storage. It’s currently known as the G-Box internally, although there’s no official name yet (and the Emtec staff aren’t exactly in love with G-Box as a moniker).

The company is planning a higher-spec version that will include a HDMI connection.

Emtec also revealed that it had originally intended to bring out a Linux netbook, but because so many models flooded the market it held back on the launch.