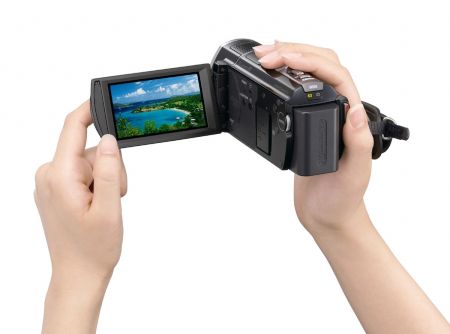 Not all of us have the steady hand it takes to capture our memories. Something with the name Handycam is bound to help with that. Especially when it promises “three way shake cancelling”…

Surprisingly, that’s not as rude as it sounds! In fact what it means is that the new Sony Handycam CX520 reduces camera shake in three directions – the world’s first to do so according to Sony.

That’s thanks to the Optical SteadyShot system, which lessens camera shake during video shooting.

And the device features the Exmor R CMOS sensor, which will be “utilised to the full when the Handycam is used in September, around the world, at Sony’s Twilight Football events”.

The CX520 also benefits from a Sony G Lens and Bionz processor, as well as 64GB of internal memory.

No word on price yet…

(Further images on the following pages)