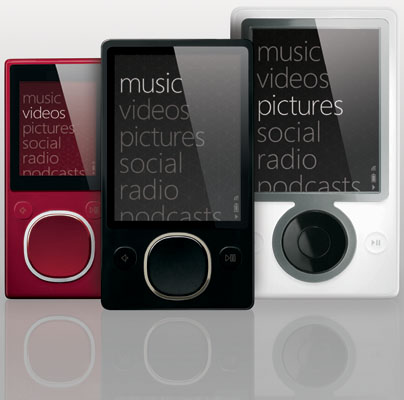 It’s the Hip New Thing all the kids are way into, or something, so Microsoft has unsurprisingly jumped into the ring and announced it’s developing a music streaming service.

The service doesn’t have a name yet, but it should be ready by as early as the end of the month. Better get those thinking caps on marketing folk…

Talking to The Telegraph, MSN’s executive producer, Peter Bale, said, “Music is an important area for Microsoft. We are looking at launching a music streaming service imminently. It will be a similar principle to Spotify but we are still examining how the business model will work.”

Presumably this means the service will copy Spotify’s free-with-ads/one-day’s-pay-with-no-ads/monthly-subscription-with-no-ads three-tier choice of service.

Bale also hinted that the service could pop up on the Xbox 360, as part of Microsoft’s ongoing plan to make its console an all-singing all-dancing entertainment hub.

It’s also expected to give the Zune music player a kick up the backside – Bale noted that the knowledge of the music industry that Microsoft had gained from making the Zune, as well as its technology, had been used in the development process of the streaming service.