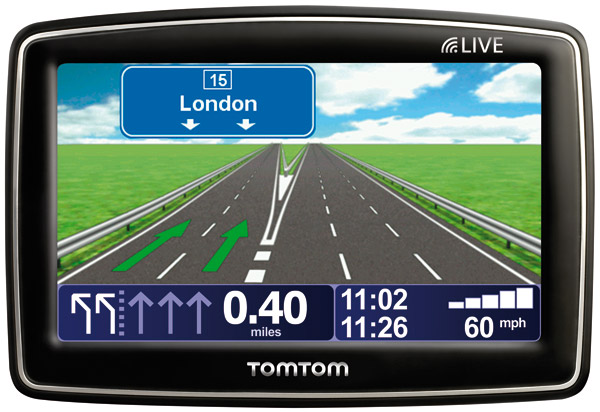 If you have a high-end TomTom satnav, then you will know of the HD Traffic system that can really help you avoid those harrowing waits in built-up traffic. The new XL Live brings that same jam relief in a slightly cheaper package.

It is among the recent additions that TomTom has made in its range of satnavs. The device requires a monthly subscription for the traffic features to work and can be used across several European nations without additional cost, including Germany, France, the Netherlands, and Switzerland.

The XL Live boasts an impressive 4.3 inch touch screen (much bigger than the original model’s 3.5-inches) and is easy enough to install and set up. The design is as slinky as the other TomTom’s with solid build quality and great looking bezels and lines. Despite the big screen it still manages to squeeze in a lot of satnav goodness into its 123 by 80 by 18mm dimensions.

Like most satnavs you can pretty much stick it on the windscreen and plug it in the cigarette lighter via the devices USB port. The suction mount is by far the best of breed, as in it don’t fall off halfway through a journey. A few clicks later and we were ready to roll.

Of course, when not in the car, the device can be connected to a Mac or PC via the USB to update itself. The satnav’s user interface is still by far the easiest and most impressive of the lot and this high standard has not changed in the XL Live. Entering in your destination via postcode or street name is still much easier than the rest. It also picks up satellite signals very fast (well faster than the opposition). And the internal battery manages to last a couple of hours, so a long journey will really require the power cable inserted.

A nice touch is the ability to set up a route either immediately or some time in the future. this gives you a reasonable clue as to when you will arrive where you are going. This is based more on conditions of the roads being travelled at the time of the journey rather than theoretical speed limits on the roads. By and large the TomTom seems to know when is a good time to hit the motorway or drive down a minor road. the IQ Routes installed on the device appear to give it an edge over rivals.

The road guidance is unfussy, after all you need to keep your eyes on the road rather than the screen. But when it needs to the lane guidance is striking enough to make you aware of needing to be on the right lane without unduly interfering with your driving.

There is a tiny bit of social networking (if we can call it that?) in the MapShare functionality. Basically you can share updated maps with other TomTom users and this is easy to do.

By far the most important new aspect of the device is the HD Traffic. For £7.99 a month you can get bang up-to-date traffic info on your satnav and the device will help you plan alternative routes so you don’t get stuck in traffic. Of course, should you only be travelling through Europre for that summer holiday you can take out a month’s subs and ditch it at the end for no extra cost.

As we mentioned earlier, European motoring comes with the package and you can enjoy HD Traffic in five European countries.

Overall, the model is great for European holidays and while it may miss some features, such as Bluetooth connectivity for your phone or FM transmission to broadcast to you car’s radio, it will hopefully help you avoid nasty traffic. And for that, as well as a price tag of £189.99 at Amazon, we can’t fault it.