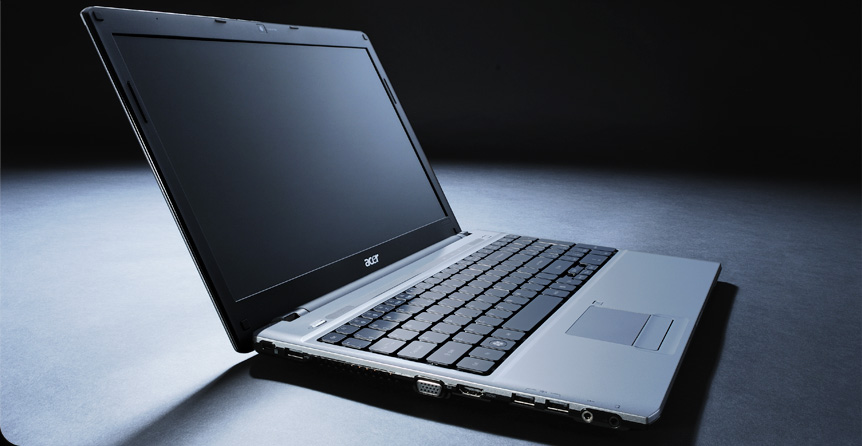 Acer has, for some years, produced top-quality laptops and the new Timeline 5810T is no exception.

For many the dream of the laptop or netbook is long battery life, sadly all too many notebooks give up the ghost halfway through watching a movie on a long-haul flight leaving you to watch the dross the airline provides on a tiny screen from an oldBetamax tape (true). Acer has managed to produced a device that manages to give you the whole laptop experience for much longer.

The 5810T is lightweight, yet powerful and boasts a 15.6-inch widescreen display suitable for film playback and those really big spreadsheets as well. the screen is bright without lookingover-saturated.

The laptop is sleekly designed and won’t offend the eye like some other notebooks we have tested in the past. It has to be said that it thankfully lacks theplasticky nature that laptops are increasingly having as manufacturers cut corners with the chassis. Luckily, Acer does not appear to have done this and the dark metallic grey is great to look at even when turned off.

As mentioned earlier, the thing is light, weighing in at 2.3kg but it still manages to fit a six-cell battery into the footprint of the case. In our tests we had the beast working over nine hours without having to resort to a plug. Great if on a long-haul flight you haven’t got a power socket in your seat or haven’t bought one of those hideously expensive power dongles.

Inside the laptop lies an Intel dual-core 1.4GHz SU9400 chip. This is low-voltage and explains in part the long battery life the notebook has. It also comes with 4GB of DDR3 memory and a 500GB hard drive. IT display is powered by an integrated Intel 4500 graphics chip.

Despite being thin, it manages to squeeze in a rewritable DVD+/- dual-layer drive, a multi-format card reader, four USB ports, VGA and an HDMI port.

In tests, the integrated chip pretty much means that gaming is a bit of a no-no but for everyday computing the laptop should be more than usable.

The keyboard, because of its widescreen proportions is able to sport a number pad to the right of the main keyboard. The keys areok in use but feel slightly weird when typing, making loud typing noises we haven’t heard on a keyboard for quite some time. The high gloss on the keys sometimes makes you mistype as well.

The mouse pad is a little odd too. It is position off-centre to the left, so you have to pretty much use your left hand to operate it (oddly making it the choice for purveyors of left-handed websites). It also has some multi-touch capabilities too (trying a little too hard to be like Apple). You can move and pinch your fingers to enlarge and shrink text and images and use three fingers to move from one web page to another. In practice, we found this to be a little too distracting and often ended up accidentally shrinking the page to navigating off it entirely without realising. The buttons have been replaced with a track bar which lacked the sensitivity of normal buttons we are used to.

The notebook has several other options such as Bluetooth or an internal 3G modem.

Mouse problems aside, the Acer Timeline 5810T offers plenty of features for a reasonable price and is lightweight despite the numerous features it packs into is slimline shell. Those of your that crave long battery life should consider this. The best battery chargers to buy for Christmas for your iPhone...