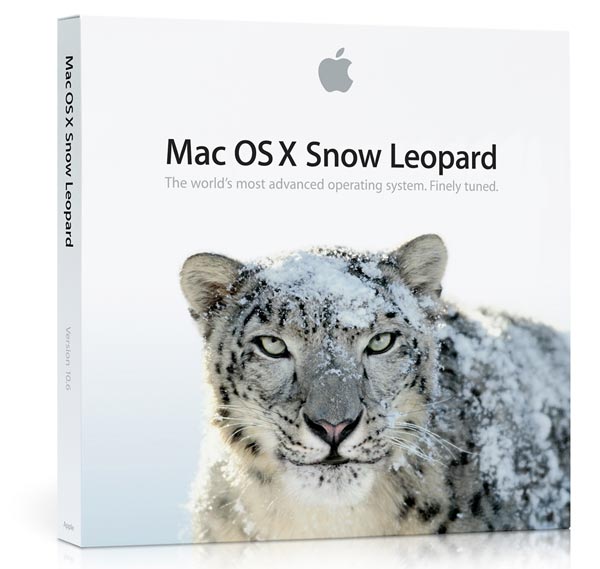 While Apple’s latest iteration of its reassuringly expensive operating system OS X is out, Absolute Gadget gives you the low down on what will be the seven best new features of the new OS that should give Windows 7 a run for its money.

While out of the box Windows can’t connect to an Exchange server (because it needs Office and Outlook to do that), the Snow Leopard OS X can. Not long after the iPhone offered Exchange integration last year, the Mac can now be set up to send and receive emails using the OS’s Mail application.

Not only that, it can read Exchange contact, and access calendars and task through iCal. You can even schedule those important meetings in meeting room 3A (which looks surprisingly like the pub next door).

Exposé is nothing new any more but the latest update has tweaked this windows management widget. Previously when you used it, it would display every window in your current applicaiton or all the windows on the screen and do so rather haphazardly.

This time around things are arranged on a grid so screens can be located easier. the windows can be arranged alphabetically or by application. It has also been integrated onto the Dock, click and hold the button on an application brings up Exposé and shows all of that app’s windows including minimised windows.

You can also drag image onto the Pages icon on the Dock, which will display all the open Pages windows. Hover the image and that window will come to the forefront, allowing you to drop it where you want. Once you get the hang of it, it should speed up your work.

It used to be the case that the Apple Mac didn’t get virii of any nature. Of course, the threat to this operating system is nowhere near that of a certain other OS from Redmond. However, the Cupertino mob are not taking any chances and have built-in a degree of protection against dodgy software coming in through the interweb.

At present that list runs to about two threats, but with the protection being automatically updated via the OS Software Update function, should any new threats appear on the horizon, at least you know that you should have some protection. The only thing it doesn’t do is remove an infection, which will come as a relief to anti-virus companies that sell Mac AV products.

There has been improvement to this function as well. Minimising windows does take up space on the dock. Now this minimisation has been combined with Expose show windows can be hidden from view until needed.

This can be achieved by visiting the Dock panel in System Preference and ticking the Minimize Windows Into Application Icon box.Afterwards, minimizing the window disappears into the application’s icon instead, waiting to be discovered for later use.

Also, you can scroll through stacks of icons when in Grid view so you can see more in a particular folder.

Finder has been a stalwart of OS X for managing files and folders, but in the latest version this has been completely rewritten making in much more responsive.

Users will notice that icons have become bigger and can be as large as 512 pixels square. There’s a slider in the corner of hte window in Icon view where you can change icon size. With the increased size, the Mac can now put live previews inside the icons.

You can also get an even quicker look by hovering over the icon. Even with multiple page documents, you can view the entire document. Hovering over a movie file reveals playback controls with play, pause, next and previous.

Nowadays everyone has external hard drive, USB flash pens, memory sticks and the like. The trouble is that sometimes they won’t eject properly and OS X will tell you that “the volume is in use and can’t be ejected. Don’t get dejected. As Snow Leopard makes the process a heck of a lot easier.

If you attempt to eject a disk, the OS, rather than whine on about the problem without saying whih app has a hold on the drive, it will actually show you the offending app and you can then shut it down and get on with ejecting.

Snow Leopard features a new version of Apple’s QuickTime multimedia architecture called QuickTime X. This can record from your Mac’s camera or screen and the results can be trimmed and shared to iTunes or YouTube.

Unlike most video players, the fast forward and rewind buttons of the new media software now stay down when you click on them, so you don’t have to keep your digit on the mouse. You can also speed up tracking by clicking the buttons for a second and third time.